10 Commandments of Co-Parenting in Child Custody – 2. Don’t Record Conversations with Your Co-Parent 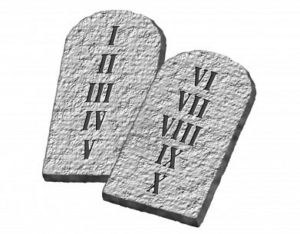 My years of legal study, my review and continuing legal education of the Rules of Evidence, but most of all, my experience as a Child Custody specialist have, over the years, developed and honed my response to a client anytime he or she tells me that they recorded a conversation or interaction with their Co-Parent…

That’s right. Don’t do it. Ever. A client in a Child Custody battle thinks they’ve got some smoking gun recorded on their phone, but there are two important truths here: (1) a “recording” of a statement or conversation isn’t nearly the silver bullet in the courtroom some think it is, and (2) the mere fact that a parent is doing this, or feels like they have to, shows that this parent is both in a terrible headspace and not nearly doing enough to properly manage a difficult co-parenting process.

I’ll address the technical side first, but briefly.

Me: “What time did she get there?”

The practical side, which is really 90% or more of effectively dealing with Child Custody cases, is much more important in this discussion.

I’ll start by discussing some hypothetical situations in which having a recording of a discussion might sound beneficial, but is really just a symptom of deeper problems and poor decisions by the parent doing the recording.

This is circular logic. One of two situations is true. Either (a) this is a violent person who has made threats in the past or otherwise you wouldn’t be sitting there with a recording device so why the heck are you interacting with them in the first place?!?!  or (b) this person has no history of violence or threats and a client is simply recording all interactions just to see what happens.

Regarding (a), above, our firm routinely implements solutions, policies and practices that address the very real danger of a violent or threatening Co-Parent, and it starts with absolutely minimizing the interaction between two dysfunctional Co-Parents.

If scheduling time with the child is a problem, get a Court order and stick to it no matter what.

If exchanging care and control of the child is dangerous, do so at a police station or send a relative, or both.

Regarding (b), above, this behavior says more about the parent recording the interaction than the other side. It’s no way to live and it’s simply no way to act. Give that time and energy to your work and your child.

You shouldn’t be relying on his or records. You need to work with a lawyer that develops systems, policies and practices for you to control the gathering and storage of information relating to your case, especially it comes to necessary or appropriate payments to service providers for the children or even and especially from one Co-Parent to another.

Did that parent pay you with a check? Do the records from daycare show that Dad is coming in and paying his half of tuition? There you go. I’ll sum it up this way…

If you are looking to your Co-Parent to gather information for your case, you are wasting your time.

Some interaction is necessary, but not as much as you think. Use Google and create “[email protected]” and create a “public” calendar visible to both parents that shows exchange times and places as well as special events of interest to both parents. Now you don’t have to talk about every exchange. Just follow the calendar. Is the Co-Parent late? Have patience. Did the parent not show up at all? Send a polite text making sure the child/children are okay and, here’s the secret, don’t bring up anything else, at all. You will want with everything in you to attack the other person or, slightly better, work out when/where to get your children. Avoid both temptations. On the former, it’s not helpful. On the latter, you are giving control to the other person outside the scope of your Child Custody Order. Remember, your “A-#1” concern is the safety and well-being of your children. Once that part is settled, you simply need to report the missed visit to your lawyer.

The reality is that your behavior must provide incentives for the other side to do the right thing. They are not going to act better because you berate them, on the one hand or, on the other, let them off the hook by wheeling and dealing about the weekend’s visitation. By working with your Child Custody lawyer to hold the other side accountable for such behavior, you can, in a sense, train them to comply with the Order. If the other side simply won’t follow the Order, than you have the option of seeking a more restrictive Custody & Visitation Order which can address the specific issues you are having.

I got off on a tangent, but the key and the reality that we live in is that if a situation is bad enough that you’re recording interactions with someone that this is someone you don’t need to be interacting with, and our modern technology, and especially those available to effective Child Custody lawyers, make it so that you’re not only equally as effective while not interacting with your Co-Parent, but you’re probably more effective.

Trying to “catch” a Co-Parent doing or saying something they shouldn’t is a sure sign of an external locus of control, meaning that the parent recording the interaction is focusing on something that he or she is not in charge of, to wit, the behavior of their Co-Parent. Remember, you are trying to provide incentives for the Co-Parent to do the right thing. Or, better yet, you’re spending your time and energy doing the right things for your child with little heed to someone you don’t work well with.